Which Tablet and do they have a place in your business?

We wrote this particular blog that you can find below, before the Touchpad fell victim to HP pulling out of the tablet markets due to lack of interest and before the Samsung Galaxy Tab was permanently banned from sale in Germany due to a patent infringement brought by Apple.

This was a blog about whether the tablet can be useful in a business context and go beyond the consumer market which most of these devices are primarily aimed at. In this sense that content is still relevant. 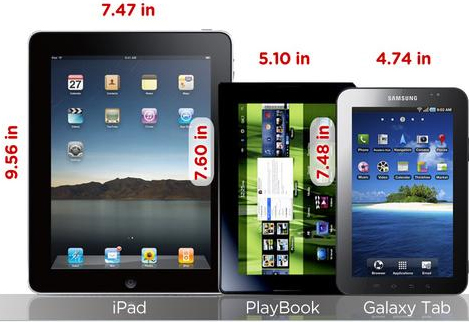 We also talked about where we feel the tablet market is headed. This is what we wrote originally:

With the market already crowded, we predict that many of the other tablets will ultimately fail and only those vendors with deep pockets such as BlackBerry (PlayBook), HP (TouchPad) and Samsung (Galaxy) will survive the fallout.

The HP TouchPad is an interesting looking device running webOS, acquired from Palm and looking a lot slicker than the current Android and Windows offerings. Unfortunately, much like the PlayBook, it suffers from a distinct lack of apps on its store which could hinder its initial sales. We will hopefully review this device at a future date when it should have more applications available.

In hindsight we were right about many of the pretenders to the Apple throne falling by the wayside. However, we were slightly optimistic in predicting the staying power of the major vendor’s offerings. The Touchpad, aside from a £99 price tag attracting an artificial and temporary rise in demand is dead. The Galaxy Tab will suffer from the patent disputes and will likely end up the same way as will many other IPad copycats.

This leaves the Playbook as the most prolific contender. We have provided our first review of this device below as was previously written. We do not think much has changed.

Is the IPad for work or rest and what about the playbook?

Over the last few years tablets have taken the consumer market by storm, driven and dominated by the two IPad models that have created a new computing category and forced all of the major suppliers into releasing products themselves.

The question is are they useful from a business perspective and are they a viable alternative to laptops/ desktops? This is a question we will try and answer in this blog.

Within the company we have a few IPad’s and have played around with the PlayBook (pun intended). We cannot comment on other devices currently available but it’s safe to say these two are the models (along with the HP TouchPad) currently garnering the most interest in the business community.

Let’s get the hype out of the way first

There is a danger that the optimistic analyst estimates for the tablet market are unrealistic, in much the same way as the nascent Cloud Computing model, which has been blown out of all proportion.

Already we are seeing companies such as IDC announce the category as being weaker than all the hype suggests off the back of a sequential drop of 28% in the three months to 31st March.

Don’t get us wrong, at CNC we believe there is a place for tablets in the business market but, like all of the technologies we recommend and sell, an element of caution is required before you jump ship from the tried and tested such as your pc’s and laptops.

The Contenders verses the Also-Rans

The Ipad is the clear leader in the tablet market and other vendors are going to struggle to get anywhere close. With 425,000 apps on the App Store Apple has a massive head start on the chasing pack.

In our opinion many of those who have entered the fray have done so with incomplete products that lack the complete solution that is the IPad. The Apple device just feels slicker and of a higher quality when compared to the pretenders to its crown.

For now let’s go over our initial impressions of the IPad and PlayBook: 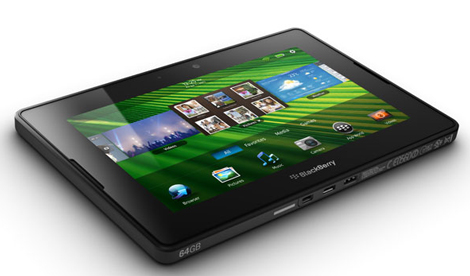 Are tablets right for my business?

If so, which One?

The smaller screen coupled with the threadbare assortment of apps available means we cannot currently recommend the PlayBook above the IPad as a viable business tool with the exception of Blackberry Phone users who may appreciate the tight integration and familiarity between the two devices.

In a future blog we will explore some of the IPad apps we have found useful from a business perspective here at CNC. These include:

Apps that allow you to use Microsoft Office and other apps straight from your IPad.

Apps that allow you access the file structure of your server and view and edit these files.

Apps that allow you to store, share and collaborate on your documents in the cloud.