The threat to data privacy from devices that use voice recognition to answer questions, play music and activate or monitor appliances is a growing problem for UK businesses. 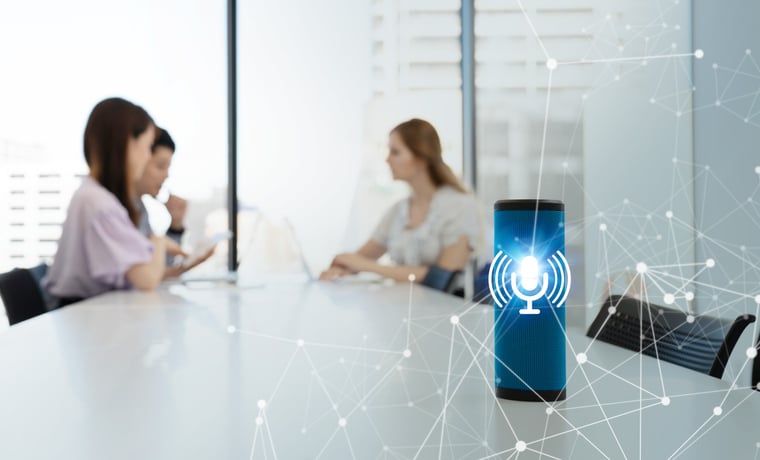 The threat has been discussed widely in the technology press in recent weeks due to a recent attempt in the US to deter companies like Amazon and Google from retaining customer voice recordings from their digital assistants (DA).

They say the sample recordings help to improve the quality of Alexa, Google Home and other similar services.

However, a bill in the US state of Illinois is seeking to ban remote recording of audio without first disclosing it to the customer.

In its original form, the legislation proposed that individuals could file lawsuits against the manufacturers with fines imposed of up to US$50,000.

After lobbying by the manufacturers’ trade body, the bill has been significantly diluted. Now it only gives the attorney general’s office exclusive authority to enforce the legislation when it becomes law.

This dilution raises questions about how effective such a law could be for the rights of individuals and businesses in Illinois.

At the US federal level, a law nicknamed the ‘Wiretap Act’ is already available to protect individuals and businesses against the unlawful use of voice recognition data. And in Europe the General Data Protection Regulation also covers unlawful data gathering via voice recognition software.

But the way in which these laws are enforced can vary greatly according to different circumstances and interpretations.

It seems the best protection against loss of confidential data is self-policing by staff to be cautious about the way they use such services.

Gary Jowett from Computer & Network Consultants in Brighton said: “Legislation proposed in one US state may seem a little distant to companies in the UK but it highlights the risks associated with voice-recognition services.

“While Amazon and others may only have service improvement in mind, such devices could record commercially-sensitive information. For example, a device being used to play music in an open-plan office might pick up snatches of conversations about your company which you do not want divulged publicly.”