Videoconferencing, using tools such as Zoom, Skype or Teams, is causing many remote workers to suffer serious fatigue. 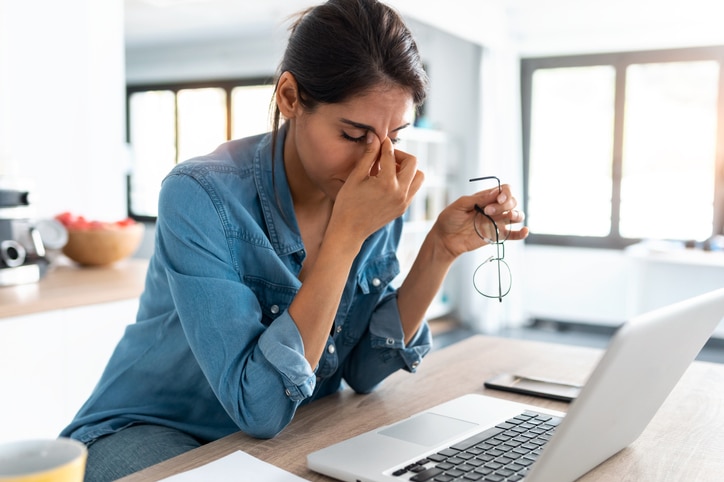 As so many people resort to virtual meetings due to the COVID 19 pandemic, various research studies are highlighting the downsides of technology which has proved such a lifeline for many businesses.

In a report by Microsoft Research which examined why people found online meetings more tiring than face-to-face, Stanford University professor Jeremy Bailenson was “flabbergasted” by how intense and exhausting using only videoconferencing was. Brainwave patterns associated with stress and overwork were much higher than traditional working.

Another Microsoft study confirms that high levels of sustained concentration required for video calls causes fatigue after about 30 to 40 minutes and unhealthy stress is measurable only two hours into the working day.

The study highlights various reasons. Humans are good at visual processing but seeing people on screen is unnatural. Our brains have to process differing backgrounds from person to person and deal with different-sized heads depending on the cameras being used and depending on participants’ distance from the screen. The delay in feedback to each other, even though measured in milliseconds, disrupts long-learned face-to-face social interactions because we are deprived of many subtle facial and body language reactions.

Audio issues are even more disruptive. When there are large differences in volume levels between attendees, the process becomes taxing and uncomfortable.

So many people have reported being tired by videoconferencing that it has earned its own slang name: ‘Zoom fatigue’. But the same exhaustion applies to users of Google Hangouts, Skype, FaceTime, or any other such technology.

Gary Jowett, from Computer & Network Consultants (CNC) in Brighton, said: “Video conferencing has proved highly effective during such difficult times. And it’s likely to remain an important part of the typical communication tool-box as companies evolve their working culture in the future. Many of us have increased our use of the technology out of necessity, without establishing some protocols to avoid such fatigue. You might consider building in more breaks between calls and perhaps having smaller groups on each call. Also, set some ground rules. For example, everyone who isn’t invited by the chair to speak should mute their microphones. And avoid multitasking during a call. It’s easy to think that you can use the opportunity to do more in less time but trying to do multiple things deteriorates our overall performance.”