Rising sea levels could decimate fibre cabling, data centres and the internet in less than 15 years, according to alarming new research.

Researchers at the universities of Oregon and Wisconsin-Madison in the US have concluded that, by 2033, more than 4,000 miles of underground fibre will be under water as global warming causes the sea levels to rise. 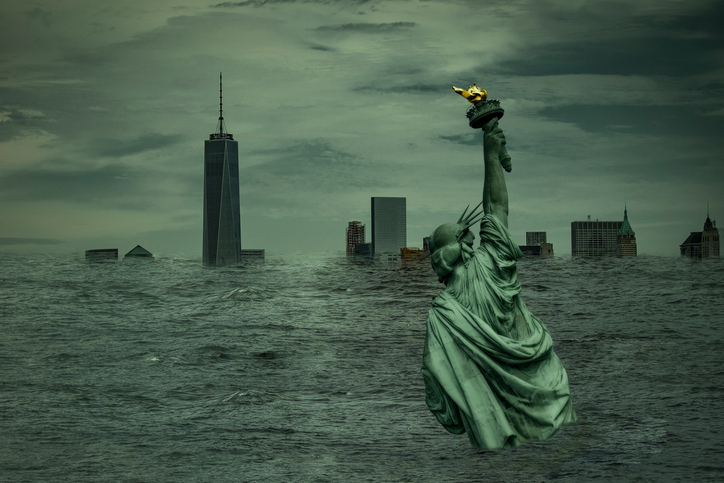 While the core undersea cabling is waterproof, the cabling at each end is only water resistant and simply not up to the job of being submerged.

Cables will corrode, and this will shorten the distance that fibre optic signals can travel. Also, more than 1,100 traffic hubs such as colocation facilities, data centres and points of presence will become surrounded by water.

Paul Barford, a Professor of Computer Science at The University of Wisconsin-Madison, said that most of the damage that’s going to be done in the next 100 years will be done sooner rather than later. The researchers initially assumed 50 years would be a good planning period when in fact 15 is more accurate.

Gary Jowett, from Computer & Network Consultants in Brighton, said: “Our growing dependency on internet-based services to communicate and do business gives us all even more incentive to do everything we can – individually and as communities and businesses – to reduce our carbon footprint and help to delay global warming in whatever small way we can.

“For businesses along the South Coast of England it’s also imperative to plan ahead to ensure they’re located where there is less threat whilst ensuring network connections use the most reliable and robust technology and the most resilient external facilities.”

Getting an objective view of which provider to choose requires an independent consultant who can fully scrutinise the capabilities and quality of service of each provider and has in-depth knowledge of all the options.

The study by the two American universities combined data from the Internet Atlas – which is a comprehensive global map of the internet’s physical structure – with projections for sea level rises made by the National Oceanic and Atmospheric Administration.

The research only evaluated risks to the US but it’s clear that Europe and the rest of the world face a similar threat.

One big issue facing the UK is that, while more fibre is being rolled out, the country continues to rely on a lot of copper-based connections.

Interestingly, Verizon’s response to the US research highlights the risks also faced by the UK.

Verizon spokeswoman Karen Schulz said that, after Hurricane Sandy in 2012, the company started upgrading its network in earnest by replacing copper with fibre because it had been the copper connections that were most vulnerable.

Gary Jowett said: “The threat of rising sea levels is not scaremongering it’s a real problem that won’t go away. Planning for the long term makes good business sense and ensures your company can weather any problems related to global warming and come out stronger and more successful. Conversely, your competitors may fail to spot the dangers and suffer serious damage to their operational effectiveness and profitability.”