UK businesses need to make sure their IT equipment is easy to recycle to help reduce the world’s rapidly growing ‘e-waste’ mountain.

There’s growing concern about the effect e-waste is having on the environment and our health. And governments and international organisations are taking steps that could mean your company is fined for failing to comply. 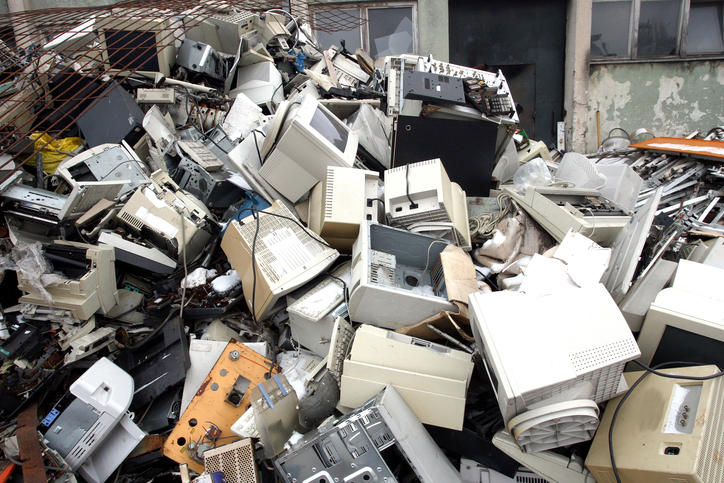 Exacerbating the problem is the planned obsolescence built into technology by some manufacturers. Their equipment has to be discarded when it’s out of date as it cannot be modified and upgraded. This means the amount of e-waste is growing at a faster pace.

Gary Jowett, from Computer & Network Consultants in Brighton, says: “Some equipment may catch your eye because it comes with a cheaper price tag. This isn’t necessarily down to lower labour costs where it’s being made. It could be due to use of cheaper materials which aren’t easy to recycle and are made from dangerous substances. What seems better value on the face of it may incur hidden costs for your business in the future.”

The dangers associated with e-waste are already under the microscope as a report available from the World Health Organisation (WHO) highlights. The WHO has recently launched a new ‘E-Waste and Children’ health initiative which aims to protect children and their families.

In line with a European Union (EU) directive, the UK’s Environment Agency sets out clear guidelines and penalties for those organisations that don’t dispose of or recycle e-waste properly.

And things are about to get even tougher. A revised EU Waste Electrical & Electronic Equipment directive, due to come into effect in 2019, will require member states to recycle or collect 85 per cent of all waste electronics sold. The UK is likely to comply with this – even after Brexit.

So how do you choose your new equipment from the daunting array of hardware available? It’s well worth getting help from an independent IT consultant who will have more experience and knowledge about kit that’s compliant and the stuff you shouldn’t touch with a barge pole.

Gary says: “At the end of the day, this isn’t just about whether you are complying with a law to avoid paying penalties. It’s about the effect on the environment – including the impact on animals and humans especially children, who proportionately absorb more of the hazardous chemicals given off by unsafe e-waste.”