5G is being switched on by UK network operators – offering data transfer speeds of up to 20Gbps for mobile device users. 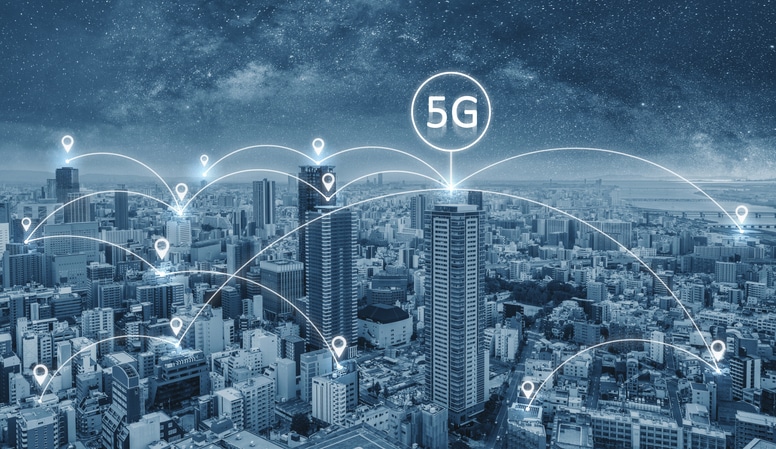 EE launched first on 30 May and Vodafone will follow on 3 July. O2 also plans to launch this year.

Vodafone has detailed its 5G coverage in terms of the actual post codes where it will be available whereas EE has only provided broad coverage maps suggesting EE’s swift launch is a PR coup to upstage its rival.

Vodafone has been testing out the technology with customers at pop-up 5G sites such as Manchester Airport and Birmingham’s New Street Station. It’s also committed to using Huawei technology in its infrastructure meaning companies considering 5G need to be aware of the controversy surrounding the Chinese company and seek expert advice to evaluate any potential risks.

Vodafone is also setting up 5G technology partnerships with the e-sports company ESL at Media City in Salford and the Ricoh Arena in Coventry, the home to Wasps Rugby Union. At the Ricoh, 5G will connect Internet of Things devices to “give fans the best-connected sporting seats in the country” claims Vodafone.

At the outset, 5G-compatible smartphones available from Vodafone are the Xiaomi Mi MIX 3 5G, the Samsung Galaxy S10 5G, the Huawei Mate X and the Huawei Mate 20 X. Vodafone will also be offering its 5G Gigacube – a router that will deliver 5G speeds to non-5G devices later this summer. EE, meanwhile, will be offering exclusively the new 5G-ready OnePlus 7, the Reno 5G and the V50 ThinQ in addition to a range of other compatible devices.

Clearly, 5G represents a step-change in data speeds and it could have a significant impact on what businesses do out in the field.

Support for driverless cars and other autonomous vehicles is one key area it could support which is why O2 is already involved in a research and development partnership to test out these ‘CAV’ technologies.

Gary Jowett, from Computer & Network Consultants in Brighton, said: “The big increase in data transfer speeds will probably be very appealing to many businesses across Sussex seeking to improve all aspects of communication in their organisations and enhance productivity. However, it’s too early to tell which network provider will offer the best 5G connectivity. It’s best to carefully assess how the new technology can support your long-term business strategy and only dip a toe in the water at first. Do some trials before taking the plunge. We know from past experience that some technologies need to be given time to mature and its foolhardy to rush in and buy the first kit on the market.”