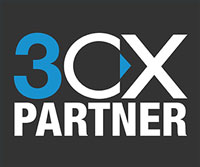 3CX Phone System for Windows is an award-winning software-based IP PBX that replaces traditional proprietary hardware PBX. It is based on the SIP standard and supports most popular SIP phones, VoIP Gateways, VoIP service providers and PSTN phone lines. It is easy to manage by system administrators as it integrates well with Windows Network infrastructure.

“We have been very pleased with the overall capability of the 3CX telephone system within our business. With a Windows-based system, we have control over the phones and don’t have to pay for support from our old provider.”

“3CX was remarkably flexible and easy to install. It was also extremely simple to manage. Being able to run 3CX on Windows Server offers great peace of mind.” – IT manager Dustin T. Adam, RE/MAX

You can read more about 3CX and VoIP on the 3CX VoIP Blog and you can interact with the 3CX Team via the 3CX Facebook Page.

3CX is the developer of 3CX Phone System which is an open standard unified communications platform for Windows that works with standard SIP phones and replaces any proprietary PBX. 3CX Phone System is more manageable than standard PBX systems and delivers substantial cost savings while increasing productivity. Some of the world’s leading companies and organizations use 3CX Phone System, including Boeing, Mitsubishi Motors, Intercontinental Hotels & Resorts, Harley Davidson, City of Vienna and Pepsi. 3CX was named a CRN Emerging Vendor in 2011 and 2012 and has been awarded CRN’s 5-Star Partner Program rating in 2013. 3CX has been featured in CRN’s Annual Network Connectivity Services Partner Program Guide for 2014. 3CX has also been awarded Windows Server Certification and won the Windowsnetworking.com Gold Award, the Windows IT Pro 2008 Editor’s Best Award and a Best Buy Award from Computer Shopper. 3CX has offices in Australia, Cyprus, Germany, Hong Kong, Malta, South Africa, the UK and the U.S.

Request a login by emailing support@cnc-ltd.co.uk

Provision of IT Infrastructure and Support Services